HOW TO GET THE MOST OF YOUR ALPHA-STIM

If you have any additional questions, please call us at 800-684-9343 or send us an email at info@alleviahealth.com . Remember, your Alpha-Stim device comes with FREE technical support. We will be happy to talk with you. Yours in health, Allevia Health Support Team.

Treatment for anxiety, insomnia and depression 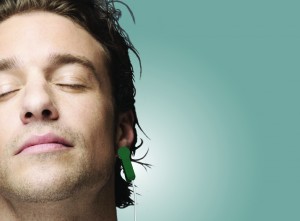 — is an electromedical modality indicated for the treatment of anxiety, depression and insomnia.

“Electrosleep treatment” – an older name for CES – came into the USA from Japan in the late 1960s. This therapy had been originally pioneered in Russia and other East Block countries. Since the current was directed across head, the FDA renamed it “Cranial Electrotherapy Stimulation (CES)” in 1978, and now allows its marketing in the USA for the treatment of anxiety, depression and insomnia (CES regulatory status). A major use of CES has been in the treatment of symptoms of the drug abstinence syndrome, including severe anxiety, depression and insomnia. The medical use of CES is now becoming more widely indicated in the USA.

During a CES treatment, a mild electrical stimulus is applied transcranially with electrodes attached to the head. CES is a broad category and historically a variety of electrical devices have been used to perform this therapy. In most cases, however, the output has been limited to 1-2 mA of electrical stimulation. Modern CES devices use less than 1mA of low-frequency (0.5Hz) bi-phasic currents applied with the use of electrodes that attach to the patient’s ear lobes. An average length of treatment is generally 20-60 minutes. Daily treatments are recommended during the first 3-8 weeks of CES therapy.

The exact mechanism by which Alpha-Stim® produces effects is not fully known. However, based on previous and ongoing studies, it appears that the Alpha-Stim® microcurrent waveform activates particular groups of nerve cells located at the brainstem, a site at the base of the brain that sits atop of the spinal cord. These groups of nerve cells produce the chemicals serotonin and acetylcholine, which can affect the chemical activity of nerve cells that are both nearby and at more distant sites in the nervous system. In fact, these cells are situated to control the activity of nerve pathways that run up into the brain and that course down into the spinal cord.

By changing the electrical and chemical activity of certain nerve cells in the brainstem, Alpha-Stim® appears to amplify activity in some neurological systems, and diminish activity in others. This neurological ‘fine tuning’ is called modulation, and occurs either as a result of, or together with the production of a certain type of electrical activity pattern in the brain known as an alpha state which can be measured on brain wave recordings (EEG). Such alpha rhythms are accompanied by feelings of calmness, relaxation and increased mental focus. The neurological mechanisms that are occurring during the alpha state appear to decrease stress-effects, reduce agitation and stabilize mood, and control both sensations and perceptions of particular types of pain.

These effects can be produced after a single treatment, and repeated treatments have been shown to increase the relative strength and duration of these effects. In some cases, effects have been stable and permanent, suggesting that the electrical and chemical changes evoked by Alpha-Stim® have led to a durable re-tuning back to normal function. 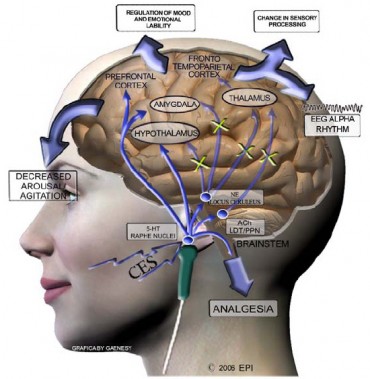 Feusner et al. (2012) suggest that Alpha-Stim CES may cause cortical brain deactivation, with a similar pattern for high- (100 Hz) and low-frequency (0.5 Hz) stimulation, and may increase or decrease connectivity within the default mode network (DMN). These effects may result from interference from high- or low-frequency noise. 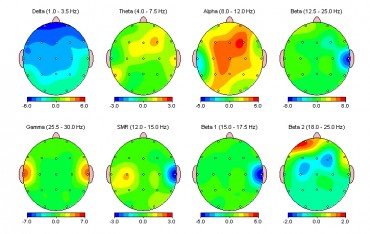 CES function available on these models: 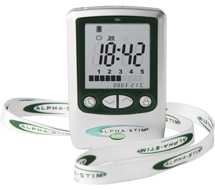 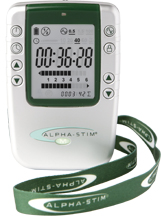 CES as a Safe and Effective Treatment for Anxiety, Insomnia and Depression